Live is a new form of Facebook content that should draw the attention of sports teams, leagues and athletes.

Safe to say I was an early skeptic of the Facebook Live feature. Truth be told, I’m generally bearish on anything related to Facebook. I’m a Twitter guy, after all.

Then my friend and former TV news colleague, Craig Rickert, started using Facebook Live. Craig is the main news anchor at KAIT-TV in Jonesboro, Arkansas. He has an active Facebook page, so Facebook Live was an option — and a darn good one.

Craig began streaming updates before the news — just ahead of a broadcast or earlier in the day — letting viewers know what he and others in the newsroom were working on. A bit ho-hum, but it was live and on Facebook. Then, Craig started broadcasting on Facebook Live during the 10 p.m. news — like through commercial breaks or when weather or sports was on the air.

Craig’s behind-the-scenes looks at the studio and newsroom are fun and engaging. He’s good on the air, and just as good with an iPhone, selfie stick and a live feed direct to Facebook. And he has a captive audience of more than 8,000.

That’s when I started to get a little more bullish on Facebook Live. I also thought it was something the sports world should embrace. Turns out, some already are. But there’s more who are missing out.

So, here are three key reasons others in the industry should be bullish on Facebook Live, too. 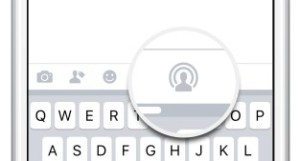 1. Media companies like Live. Huffington Post, Fusion and TMZ are jumping on board, citing immediacy and ability to interact with correspondents as obvious upsides to live video on Facebook. But just like my friend, Craig, has shown, Live is also simple to use and offers unlimited potential for media outlets and reporters. And sports teams should be thinking — and acting — more like their own media outlets. There’s better control of the message, the delivery and the reaction. Plus, Live allows teams, leagues and athletes to give something to fans — until recently — they could only get from the media.

2. Facebook’s algorithm likes Live. Not long after its release, Facebook noted it will begin prioritizing live video, as it tweaks the all-important News Feed algorithm. That’s big news and added incentive for any page owner to use this feature. I like the approach the Detroit Tigers (see example below) and San Francisco Giants are taking this spring — incorporating Live into their daily content mix. (Bravo to two hard-working, smart dudes — Mac Slavin and Bryan Srabian.) What happens between the games keeps fans engaged, and Live can help fill those gaps nicely.

3. The boss likes the cost of Live. Seriously, what does it take to create images, highly-produced videos or even GIFs for use in social media? They take time and people — resources — and most organizations lack these precious commodities. Live video streaming essentially takes an iPhone and a person running it. Voila — instant content. Whether it’s Facebook Live or Periscope — plan for the growth of live streaming video — serious growth — in the next year. You’ll not only create compelling content, you’ll do it on the cheap while likely outperforming posts that took a lot more time and effort to pull together.

As with anything Facebook-related, I worry marketers will abuse Live or lack any strategic approach when using it. So be smart about how you use Live. Don’t be afraid to try new things, but don’t just use it to crack Facebook’s algorithm. Fortunately, fans are interested in even the most mundane things — like locker room tours, batting practice or player Q&As. But don’t be surprised if marketers of non-sports brands abuse Live, or at the very least, use it ineffectively.

Live can and should complement any content strategy. And athletes in particular should use it judiciously. Too much of a good thing is not always good thing — especially on Facebook. There’s opportunity to complement what’s happening on other platforms (Snapchat, Twitter/Periscope) and with other content, so get the most out of Live content with some thoughtful planning. The boss will be happy, and so will your followers.

Are you bullish on Facebook Live? I’d love to hear your thoughts.

One thought on “Facebook Loves ‘Live’, and So Should Sports”