Recent updates could play a role in how fans — and their favorite teams and players — use Twitter.

The moves began in late 2014 and continue through the second quarter of 2015. For sports teams, leagues and athletes, Twitter’s upgrades are worth noting because of their impact on fan usage and engagement. For Twitter, the changes are absolutely necessary to remain relevant, innovative and growing.

Here are four recent Twitter updates I believe are most notable for the sports industry.

Twitter’s double-edged dilemma is that it’s not Facebook — something that has traditionally drawn people to the platform. Yet Twitter has not grown as much as some emerging social networks, including the Facebook-owned Instagram, the fastest-moving social platform in 2014. A quick glance at active user numbers reinforces Twitter’s mass appeal stigma.

In April 2015, Twitter unveiled a new log-out screen experience that could help. Using previously unused space, this browser-only destination showcases the platform’s unique value: real-time information. It entices “lurkers” — the many uncounted on Twitter who simply use the network to read news, follow celebrities, politics, sports and more — to dive deeper and discover more relevant and timely content, people and topics.

Twitter’s log-out experience provides a place for sports teams and leagues to showcase their social media content in real-time.

It’s no surprise sports is the No. 2 Twitter “Stream” in this new experience, serving up real-time sports content depending on fan interest and current conversation. As more U.S. adults fragment their social media usage, Twitter can attract new, non-power users by offering value and driving additional interest to more popular topics — especially sports. For teams and leagues, the log-out screen is further proof they need to produce timely and relevant content — because it could reach an entirely new audience.

The most revenue-friendly upgrade is the ability to sell game tickets directly on Twitter’s platform. The Atlanta Hawks recently debuted this feature, reportedly selling out the team’s allotment quickly.

We just made a limited number of Game 2 tickets available for $45. Get them exclusively on Twitter: https://t.co/e5KnyZL2zj

This savvy use of Twitter’s Buy Button opens the door to additional ticket offers — beyond pro sports. Imagine the impact and effectiveness of a well-executed game-day ticket sale campaign on Twitter? The options are limitless. This could also open additional revenue streams for Twitter. More importantly, it gives fans an in-platform, mobile-optimized opportunity to purchase tickets — something every team and league should evaluate.

My personal favorite, this update combines a trend toward richer, more information-laden tweets with the ability to add context and personalization to the social conversation. (It will hopefully put an end to clunky and poorly-worded manual re-tweets and modified tweets, too.) Historically, tweets with images have generated more engagement than text-only content. The re-tweet with comments essentially turns a quoted tweet into an image link and provides the re-tweeter the ability to add an entire tweet’s worth of copy as context. 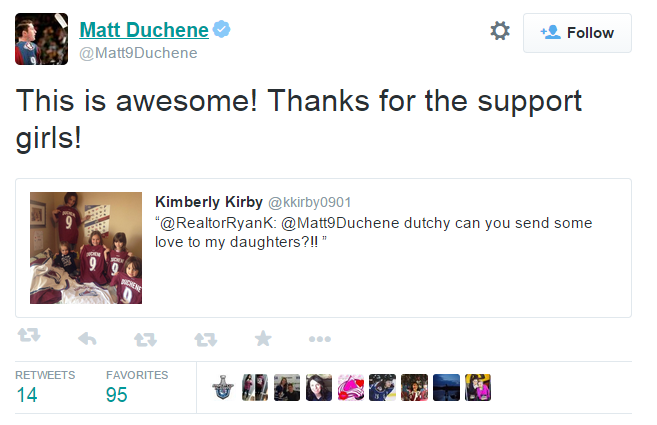 A quoted tweet provides 116 characters for the re-tweeter to include, providing a more engaging and share-worthy piece of social content.

For sports teams, leagues and athletes, a re-tweet with comments creates deeper fan engagement opportunities and additional broadcast content sources. Instead of a reply, standard or modified re-tweet, this feature provides a fuller story for your followers that can drive increased sharing and conversation.

On certain days, sports is the news. A quick glance at trending topics is proof positive that sports and Twitter go hand in glove. In April 2015, the blue bird revamped this section on desktop and mobile experiences.

Both provide context for users around trending topics, shedding light on popular (and sometimes ambiguous) hashtags, conversations and other events people are talking about. It also spelled the end of Twitter’s Discover section.

Again, this is part added utility for power users and part translation for Twitter novices. The lesson for sports teams and leagues is — trending is still relevant and drives users to consume and engage on Twitter.

Creating original social conversations or joining existing ones on has value, and monitoring these trends is vital.

Twitter made several other platform tweaks recently, though I don’t see them having as much impact on sports. Here’s a brief review of those changes:

Direct Messages from Anyone: A feature once available to only Verified accounts, this enables a user to send private, direct messages to anyone on Twitter — even if they don’t follow the user. It also creates the ability to reply to a DM, even if the sender doesn’t follow you. This is a feature that should be used — by anyone — with care. And, I can only reiterate what other social media pros have said: Tread lightly with DMs.

Periscope App: Some sports teams and leagues have experimented with Periscope, and like other complementary apps, it can enhance content strategies with the ability to live stream certain events. I’ve written previously about how live video streaming apps like Periscope and Meerkat can impact sports and social media — and agree with some that additional app updates will only drive more usage across sports. Look for live streaming to grow in the year ahead.

All these updates are good news for sports fans and important trends for the sports industry to follow. Twitter wants — and needs — to improve its product to stay viable as the social media landscape evolves (and investor demands increase). Hopefully, future upgrades will continue to serve the needs of everyday sports fans, while balancing the need to grow and differentiate.

2 thoughts on “Four Twitter Updates and Their Impact on Sports”