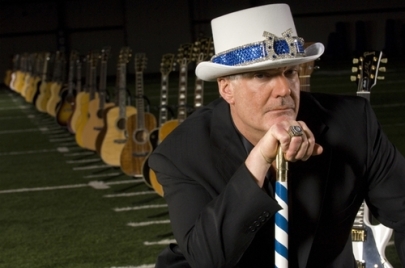 Indianapolis Colts' owner and CEO Jim Irsay has taken heat for tweeting some pretty wacky stuff. But that doesn't mean he and other sports executives should abandon Twitter.

With 150,000 followers and an active Twitter account, Indianapolis Colts  owner and CEO Jim Irsay is one of the more colorful professional sports executives on Twitter today. He’s tweeted some wacky stuff.

Their behavior, and that of other sports execs, is risky business, according to some so-called pundits. Using Twitter is risky business for anyone, but executives have more to lose. Could Irsay and Alderson exercise more caution? Of course.

Let’s not blame the venue, though. While 140 characters limits what we share, it’s not an excuse to make this fast-moving, highly watched communications channel off-limits to executives – from any industry – especially one as highly charged as sports.

As Bleacher Report puts it: “What was once a place where things had to be ‘confirmed,’ Twitter has become a platform for announcing breaking news for writers, athletes, politicians, business owners, fans and everyone else you can think of.”

Twitter is relevant. Smart executives know this. As a social media administrator for a Fortune 300 brand, I work with leaders daily on what and how to share information on Twitter. It’s an approach I believe any executive could take – no matter the industry. Do execs tweet things that make you scratch your head? Yes. Does it show they’re more human? Absolutely. Is it risky? Getting out of bed is risky.

I believe Twitter can help sports execs – and their organization. But like any communication channel, there should be a strategy powering each tweet. These five principles guide my consultations with executives about Twitter. I think they could work for the Jim Irsays of the world looking for ways to effectively use Twitter.

Break team news. Top-down communication is valuable for any organization. Place your leader in the position to share important – and breaking – info via social media. It shows he or she is leading the decision-making process. It lends credibility to the individual and your organization. Should executives take the lead on sharing all breaking news via Twitter? No. But you can pick and choose what makes the most sense and position them favorably with followers.

Be a thought leader. Highlight issues facing the league and offer your stance. Authenticity is extremely important – and valuable – on Twitter. Talking about the challenges and issues facing your organization displays courage. You’ll likely get negative feedback, but the conversation and honest engagement create instant credibility for execs.

Promote charitable causes your organization supports. Social media’s sharing principle makes talking about your organization’s non-profit work a no-brainer. You’re already supporting a variety of worthy causes. Use Twitter to preach the gospel according to those charities. Earn good will, but do good things in the process by putting your followers behind you on a cause. You’ll bring new people into the fold – those who follow because of your good deeds.

Engage with fans, players and staff. Here’s another way to highlight those in your organization who are doing good things. Get everyone on Twitter and be sure to use the proper Twitter handles when calling them out for excellence. And when fans interact with you, answer their questions, address issues and talk to them by name. They’re people, too, and will appreciate your willingness to engage one-on-one.

Be real. You’re a human being. Use Twitter to prove it. Your life isn’t all about being an executive. You have family, friends, hobbies and more to talk about. Include them in your day-to-day tweets. Share pictures, stories and more about your personal life, so your followers understand you better. Keep everyone at a safe distance – but let them see a side most others won’t. They’ll appreciate you – and your organization – even more.

Editor’s note: Special thanks to Bill Voth for sparking the ideas behind this post. Bill is one of many smart and talented people I’ve “met” on Twitter who is also interested in this curious intersection of sports and social media. I’m fortunate to have connected with Bill and others like him, and continually learn from them.

7 thoughts on “Twitter Is For Everyone – Even Crazy Sports Executives”