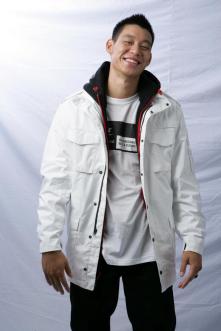 Jeremy Lin is dominating the NBA - and discussions on Twitter.

By now you’ve probably heard of Jeremy Lin. The newest NBA star and point guard for the New York Knicks burst onto the scene this week, scoring a bucketload of points and helping his team win four straight games, including a 92-85 win over the Los Angeles Lakers Feb. 10.

Lin’s rise from bench warmer to burning-hot superstar is an amazing story. A week ago, he’d never started an NBA game, or scored more than 13 points. Lin is also an Asian-American, something unheard of in the NBA, but also inspirational to many with similar backgrounds. This is a guy who has been sleeping on his brother’s couch!

It’s an incredible story. And you know who likes a good story? People on Twitter.

Since taking the reigns at point guard for the Knicks less than a week ago, Lin’s playing prowess was matched only by his social media status. Want some proof? Just try to keep up with the numbers.

Let’s start with Lin’s Klout score. On Feb. 5, it was a flat-lined and pedestrian 58.77. It ballooned to 73.63 in just six days. During this same time, Lin’s True Reach was just 9,000 before ballooning to more than 89,000. His follower count traced a similar path above 150,000. It’s a number that will look silly at the end of the NBA season, because I suspect it will be six or seven times that come June.

Kloutastic: Jeremy Lin's rise from obscurity to social media stardom - in less than a week.

Lin’s story is not just about follower count, it’s also about the conversation. And Lin dominates the talk on Twitter every time he suits up. According to Trendistic, “Jeremy Lin” was included in as much as 1.69 percent of tweets worldwide on Friday, Feb. 10 (9 p.m. CST). In his previous three games, he garnered 0.12, 0.17 and 0.19 percent of the Twitter conversation, respectively.

Lin’s rise captivates audiences outside of New York City, which is where Twitter and Facebook fan the flames of “Linsanity” – one of the many user-generated hash tags created to describe him. These variations – along with the regular spelling of his name – dominate Twitter’s trending topics before, during and after Knicks’ games.

Lin’s story has overwhelmed the social media landscape – in just six days. That is unbelievable.

Perhaps it’s also why some say Lin is already a polarizing sports figure, similar to Tim Tebow (who is Lin’s hero, incidentally). Too much Linsanity, too fast, could quickly turn off fans. Others say – like Tebow – Lin’s faith is an issue, and that you either love him or hate him.

I don’t see it that way. What I see is a kid getting his chance and taking full advantage of it. Unlike Tebow, Lin was not a highly-regarded pro prospect. He was undrafted, worked his way up through the NBA summer league but was cut by the Houston Rockets in December. He’s only getting a chance on the Knicks because of injuries.

Lin’s story is compelling and worth talking about, not only to Knicks’ and NBA fans, but people everywhere who just might have found the NBA interesting again.

Where does Jeremy Lin go from here? Follow along on Twitter, and you’ll get a front-row seat.